The Philippines’ first women’s professional basketball league comes out with guns blazing, aiming to establish itself as a premier destination for Filipina cagers and a pillar in the ongoing battle for gender equality in sports.

MANILA, Philippines — The recent establishment of the Women's National Basketball League (WNBL) as a professional league has propelled Philippine women's basketball into the limelight.

Long stuck in the sidelines and in the shadow of their male counterparts, Filipina ballers now have the chance to barge into the mainstream.

But the pro stamp of the WNBL is worth more than what meets the eye of the average basketball fan.

For those at the forefront of the fight for gender equality in the realm of Philippine basketball, the first-ever pro hoops league for women in the country is a momentous step in the right direction.

Philstar.com sat down with women's basketball pillars Rhose Montreal, Patrick Aquino and Jack Danielle Animam to discuss just how big the impact of the WNBL is.

A 'Home' For Post-College Ballers

Angel Surada in action for the UAAP-dominating NU Lady Bulldogs. The WNBL provides a pro destination for women college ballers like Surada to continue practicing their craft.

One of the more obvious impacts of the WNBL turning pro is serving as an aspiration for women hoopers after their collegiate careers.

Prior to the establishment of the WNBL as a pro league, female basketball players had little to no options to continue their career after hanging up their college jerseys.

"You'd be surprised and matotouch ka talaga. One of the team captains of the WNBL Season 1 teams, sabi niya, it was a dream come true because after playing basketball in college, they got nowhere to play," National Basketball League, the WNBL's male counterpart, Executive Vice President Rhose Montreal. 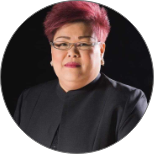 After college, Montreal said that most players could only aim for limited national team slots, while others settle for recreational leagues that offer no exposure.

This lack of choice for women, Montreal said, pushed them to bite the bullet and go pro.

Among those who will directly benefit from this is National University Lady Bulldogs alumna Jack Danielle Animam.

Animam, however, will need to wait another year before she suits up for the WNBL because of her upcoming stint as an import in a Taiwan league this year.

But the former Lady Bulldog gave an unquestionable answer when asked if she would play in the local pro league once she returns. Perhaps one of the game changers in prompting the WNBL's pro status was the recent success of the Gilas women's squad in 2019.

Culminated by a historic gold medal in the 30th Southeast Asian Games held in Manila, the national team pushed the caliber of women's hoops in the country.

So it all comes full circle for the Gilas women squad with the WNBL to become an effective avenue for scouting, breeding and sustaining talent for the national team program.

"That's one venue of looking for more talent and if you would combine all the talents from the UAAP and have them together in a pool of tournaments or events [like the WNBL], it would be a great deal, especially for me as a head coach of the national team," said Gilas women coach Aquino.

"We can observe and look for future talents for the national team... I'm so grateful that we have a tournament for women right now," he added.

As Aquino's stalwart in both the NU Lady Bulldogs and the national team, Gilas women captain Animam mirrored her mentor's sentiments.

And for the league's part, Montreal assured they would work in close partnership with the basketball federation to ensure players in the WNBL will be available for the national team.

"Para sa amin, to keep the girls in shape, we can work closely with the basketball federation in terms of cultivating talent for the national team," Montreal said.

The basketball executive said that the calendar for the WNBL will keep women hoopers in top shape and prime for national team picking all-year round.

"We have the WNBL all year round, madaling bumuo ng national team for the federation, for the country, so it’s one thing of the things we’re looking forward to," she said.

"That's one venue of looking for more talent and if you would combine all the talents from the UAAP and have them together in a pool of tournaments or events [like the WNBL], it would be a great deal, especially for me as a head coach of the national team." Shifting The Paradigm In Women's Hoops

While giving an avenue for women ballers after college and cultivating talent for the national team are no small contributions, perhaps the biggest impact of the WNBL will remain abstract.

Aiming to market women's basketball to the mainstream scene, and giving younger girls female athletes to look up to, the WNBL may just shift the paradigm of thinking when it comes to women's hoops.

Having the WNBL, Animam believes, will have a big impact on ballers to come after her.

And for longtime women's basketball mentor Aquino, the WNBL will only reinforce what has already been on the rise for girls around the country.

"When I had tryouts for the National University team in Cebu... five years ago from that time, there were like less than 20 na pumunta, then eventually this year when I came back, there were like 200 kids," Aquino said.

"I was so amazed with how the turnover from the years that I've been there... I think nakikilala na yung basketball and most of the kids who wanted to play basketball were sticking to basketball," he added.
Even before its maiden pro season tips off, the WNBL has already made a significant impact on women's basketball in the country.

As the journey goes on, the only way to go for our female hoopers is up.